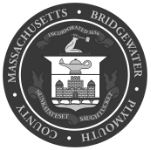 The belt filter press contains three zones of operation which are the gravity drainage, medium pressure and drum pressure zones. The sludge is increasingly dewatered as it passes through the different zones. The gravity zone provides initial water removal independent of the pressure zones. In the medium pressure zone the sludge passes beneath a heavy rubber "drag blanket" which causes a weighted resistance to the sludge mass. In the final (drum) zone the sludge moves, between two belts, alternately over and under a series of drums which squeeze and flex the belts and the sludge "cake" which is between them. The drums are arranged in size so that the greatest pressure is created just prior to discharge from the belt filter press.

After this process the cake rides on a conveyor belt to the sludge truck.

The purpose of the dewatered sludge truck is to load sludge from the belt filter presses and transport it to the facilities sludge composting facility. The sludge and bulking agents, such as woodchips and sawdust, are combined in the truck mounted compost mixing unit. 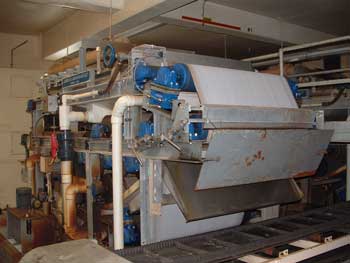